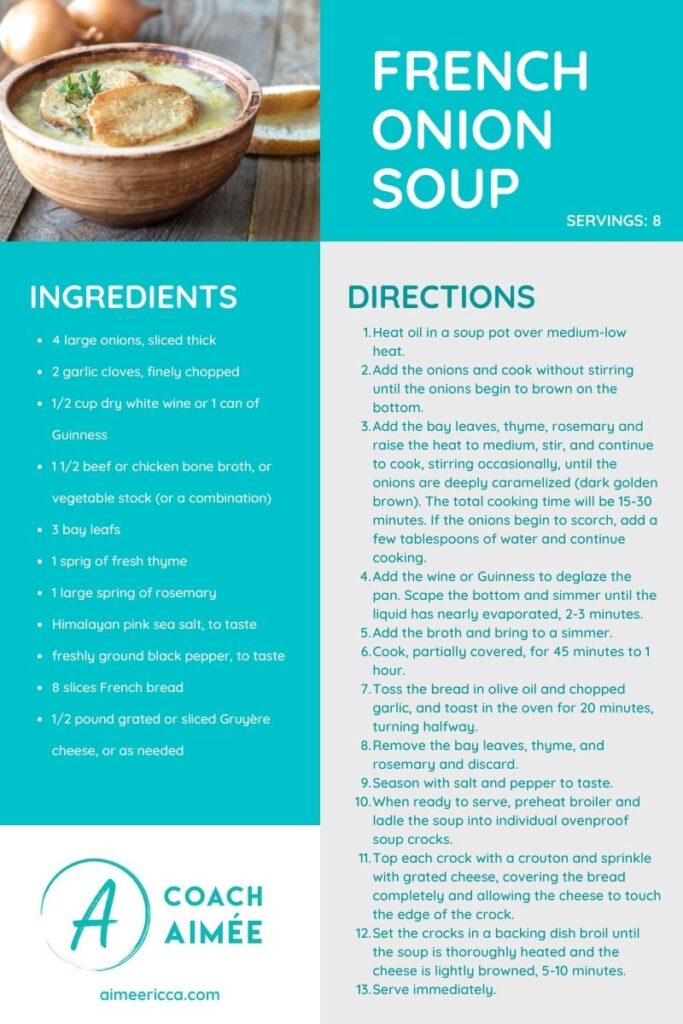 If you watch my YouTube channel, you know that I’ve been trying out produce delivery boxes!

Well, I wound up with a plethora of white onions! Apparently, all the produce companies had an abundance of them.

So, I decided to make French Onion Soup!

I asked my YouTube subscribers if they wanted me to film it for a tutorial, and they said yes. So, I made the video above.

Making onion soup is super easy. So, don’t be intimidated by it.

If you’ve never made onion soup before, I hope this video helps to demystify for you!

I actually learned how to do this at the Culinary Institute of America in Hyde Park, New York, with Chef Martin Frye, years ago!

In the video, I’m using white onions because that’s what I had, but they don’t have to be white.

You can use red, onions, yellow onions, Vidalia onions, and you can actually use a mix of onions if you want! 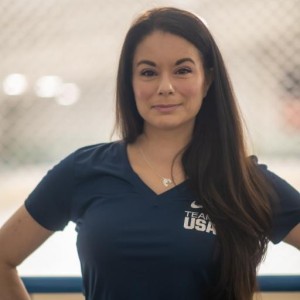 My name is Aimée Ricca, and I’m an ISSA Certified Elite Personal Trainer (E-CPT), Nutritionist (CN), and Youth Fitness Coach (CYFC). I'm also a PSA Ranked and Rated Skating Coach/Choreographer. My passion is to inspire and empower you to achieve your healthy living goals – because I believe everyone deserves the opportunity to thrive! I became a coach to help others avoid making the mistakes that I made. I've suffered injuries, been exhausted, and frustrated because I didn't have access to the right program to achieve my goals properly, I learned everything the hard way by seeking out instruction, information, and inspiration. I share my experiences so that you can learn all the short cuts.
Facebook
Twitter
LinkedIn
Pinterest
Reddit
Print
Email